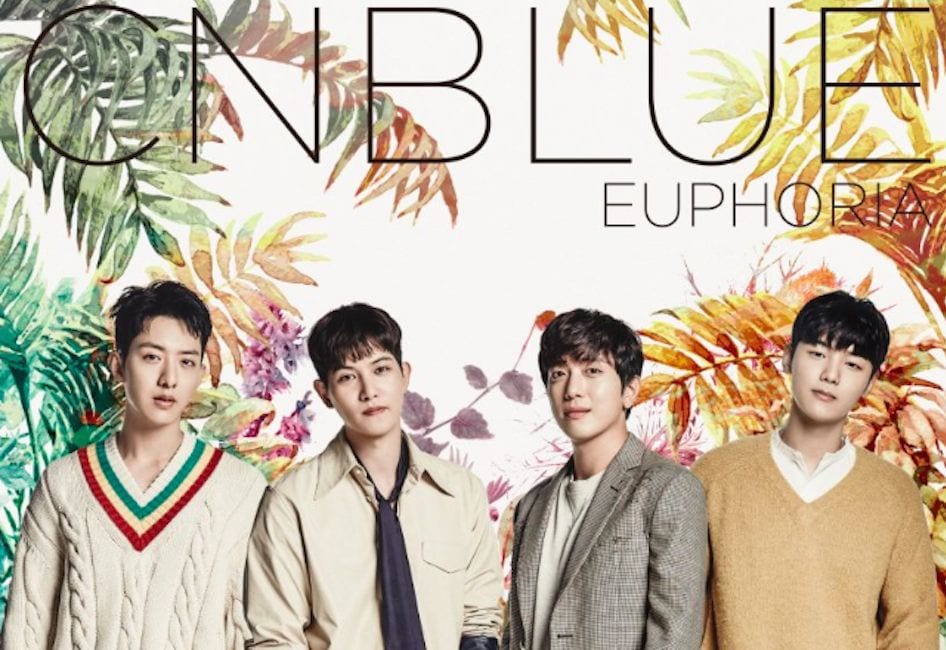 Flower Gift Korea had the opportunity to prepare and send gifts to the manager of CN Blue. CN Blue is a famous music group in South Korea. They are not as young as new Kpop groups like GOT 7, INFINITE, and the like, but they are well known by Koreans and non-Koreans all around the world. Their fan club is named, “Boice”, which is the same group that placed the order with us at Flower Gift Korea.

*Feature image: Screenshot of one of their most recent albums

I wish I had taken a nice display picture of all of the gifts the fan club sent CN Blue’s Manager in Korea, but we were really busy that day and no request was made. We usually take pictures of the gifts that are sent to a Kpop celebrity or actor before delivering them, but sometimes it is not possible because we need to do our best to also deliver the gifts in Korea on time.

Anyhow, CN Blue is a group that is with the agency, “FNC Entertainment” and it is located in Gangnam, Seoul.

Here are some pictures of the location:

Though I didn’t get a nice display photo of all of the gifts “Boice” sent to CN Blue’s manager, I did get a shot to show that the gifts were delivered. In the photo, you can only really see the flower they ordered, which was our Flower of the Day Basket (Medium):

If you look closely, you can see a few things under the basket and around it.

Here is a list of the things Boice sent to CN Blue in South Korea:

Flower Basket of the Day Medium (Shown in image above)

The man at the front was friendlier than other places, but I wasn’t able to take as many pictures as I wanted. Some places I have went to deliver flowers to celebrities have very unwelcoming security guards, so sometimes it isn’t easy to deliver the gifts. But I was able to leave the gifts at the front for the manager of CN Blue. 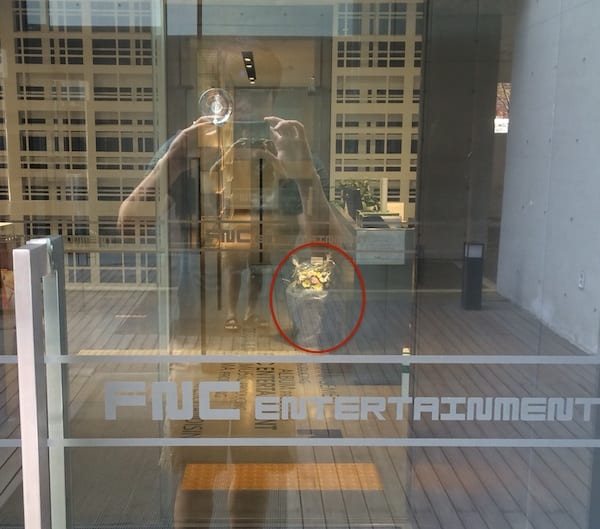 We have sent gifts to many Korean celebrities and actors in Seoul South Korea. Since our flower shop in Korea is located not too far from Gangnam station (2 subway stations south), we can easily send gifts to almost any Korean celebrity. But of course, some celebrities and Korean entertainment agencies do not accept gifts, so you need to do some research and find out if your favorite Kpop star actually accepts the gifts.